Did you know these birds are often called Dracula birds because of how they stand on rocks with their angular wings curved out to the side, looking like Dracula opening his cape? This is because cormorants lack the amount of oils most other birds have to keep their feathers waterproof and occasionally need to dry their wings in the sun. This lack of oils may seem odd for a water-dwelling bird, but if cormorants had such waterproofed wings they would likely struggle with diving to the watery depths to find fish with such ease.

One thought on “The Headless Dracula Bird” 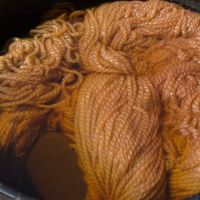